Sheltering in Place During a Pandemic - How We've Made It Work

Due to the global pandemic, those of us who have been unexpectedly thrust into working from home have had to figure out how to get our work done while sheltering in place. We wanted to share some of the things that have helped us stay productive and more-or-less content since we began physically distancing ourselves from our loved ones and friends who live outside of our homes.

This post is long, so grab a snack and let’s dive in. 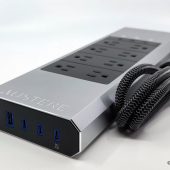 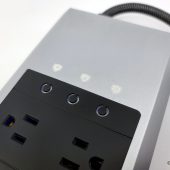 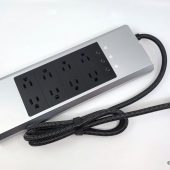 Right now is not the time to stress about whether a storm might take out my television or computer, and that’s why I am thankful for the Austere VII Series 8-Port Power Strip; Dan reviewed the 6-port power strip recently, and you can read that review here. I didn’t realize until a meeting with Austere at CES this year that the word ‘Joules’ doesn’t just refer to how powerful or protective a surge protector might be, Joules also refers to a finite protective layer of energy that gets tapped every time there are shocks or surges in your electrical system. In other words, it had somehow never sunk in for me that the three 1000 Joule surge protectors that Kev and I had purchased to protect various sets of home electronics, some well over 12 years ago (!!), were all well past their prime. Derp.

The Austere VII Series power strips have 4,000 Joules, and Austere offers a Component Guarantee which promises that “if a VII Series Austere Power Strip is responsible for any damage to a plugged-in device, Austere will replace that device regardless of its value for 7-years.” Blue LEDs on the power strip let you know exactly when the Joules have been depleted; the blue protection shield on the power strip will simply stop glowing. At $179.99 for the 6-port power strip and $199.99 for the 8-port power strip, both power strips also include a 45W USB-C PD port, two USB Type-C ports, and Two-USB-A ports. While the Austere VII Series is likely more expensive than any non-backup-battery-containing surge protector you’ve ever purchased, it makes a case for that purchase with its better than average look, solid build, the Component Guarantee, the 4,000 long-lasting Joules, and the power strip’s advanced EMI/RFI filtration which “cleans noise and artifacts that can travel through power lines and keeps them from impacting your devices.” It’s a worthy update for your home entertainment system at the very least, especially if you can’t remember when the last time you replaced that particular surge protector was.